We made some exciting progress over the past two weeks and began painting the interior of our bus. This is a multistage process that began with LOT of prep work including such joyous activities as scrubbing, taping, and sanding. Thankfully we had cold beers to keep us going during the most laborious bits. I’ll let the photos speak for themselves: 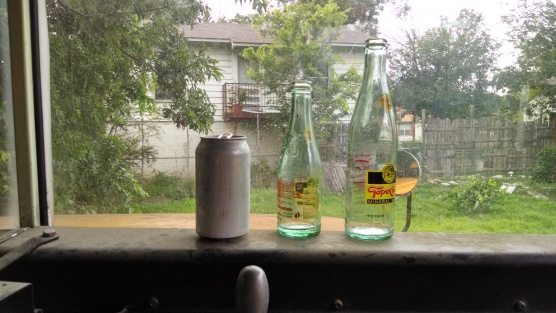 Will work for beer & topo chico

Once the bus was soundly cleaned, our next step was to suit up and roll out a test section.

Following a successful test that dried better than expected, we moved forward with rest of the bus interior the subsequent weekend. You can tell by the pics that we’re going with plain white for the interior. Lest you think this too bland, rest assured we’ll eventually fill the bus itself with plenty of interesting stuff and things. 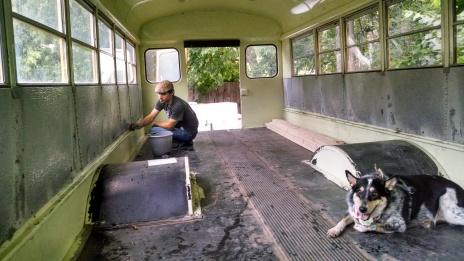 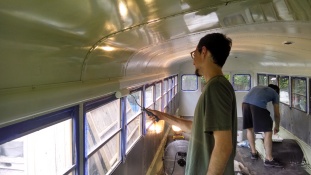 A litle help from a friend 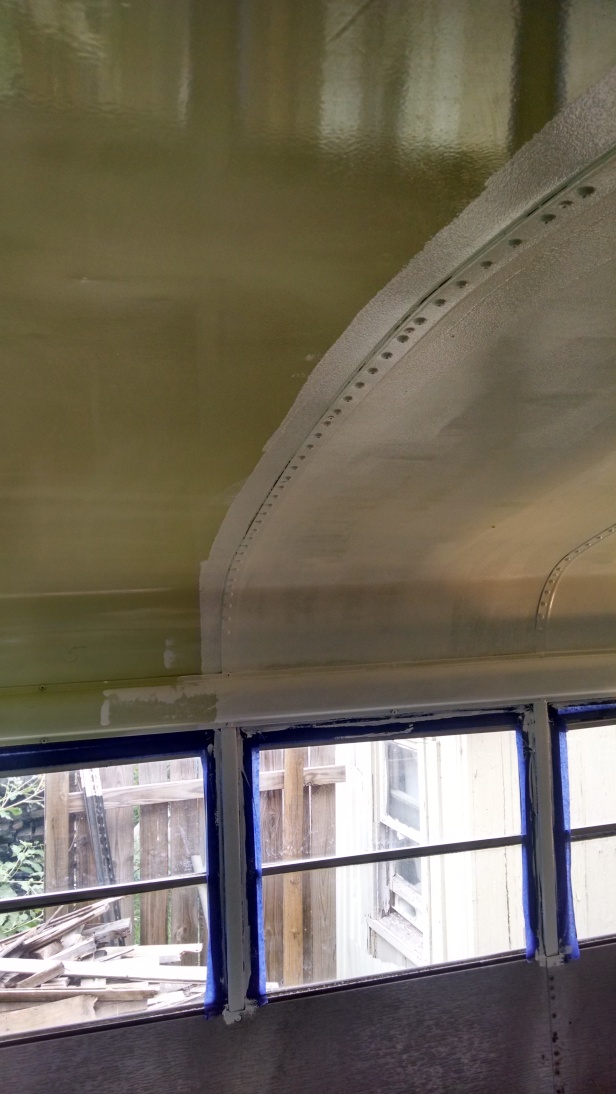 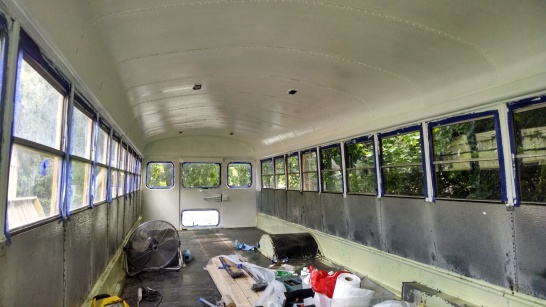 Again, our friend Timothy gets a cameo on the blog as he was willing to grab a roller and help out during a brief stint in Austin. Those are his epic boots making another appearance in the foreground next to our dog doing her best “I’m saddest-dog-in-the-world” routine. 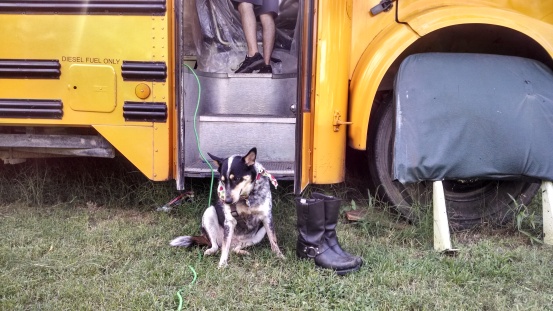 2 thoughts on “Somebody Call Bob Ross”