Our original intentions in visiting New Mexico were to spend time in Santa Fe & Albuquerque, but January didn’t exactly bring the best weather to the northern half of the state. Instead, we opted to spend some time in the southwestern corner in an effort to bypass some of the worst winter weather.

We Built This City on Rock and… Er… More Rock

After leaving White Sands National Monument, we headed over to a small state park called City of Rocks. Located about halfway between Deming & Silver City, NM, this park is pretty remote – but that was definitely part of its charm for us.

City of Rocks got its name from the unique rock formations that took shape in the wake of volcanic activity that hit the area about 30 million years ago. The ‘city’ is a huge field of mostly columnar boulders that create the impression of a stone skyline. We arrived to the park right before sunset, so our first glimpse of the ‘city’ was pretty spectacular – after miles of driving through the Chihuahuan Desert, we crested a hill and, all of a sudden, there was this illuminated field of boulders! Sunsets in New Mexico tend to be pretty dramatic just about every day, but the terrain of this area and the coloration of the rocks really lent themselves to a particularly striking view. 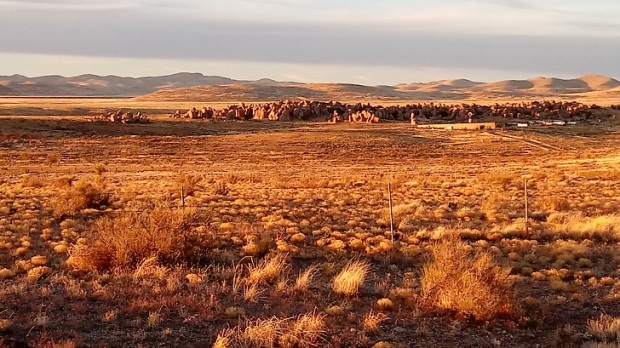 Our first glimpse of City of Rocks

Perhaps the neatest thing about this park is that the campsites are interspersed throughout the rocks themselves – meaning you can camp right alongside the boulders. (Because of our vehicle’s size, we were more limited in our campsite selection than tent campers and folks with smaller RV’s.) There was a nice network of trails throughout surrounding desert landscape as well as through the rocks themselves and we really enjoyed exploring the terrain. 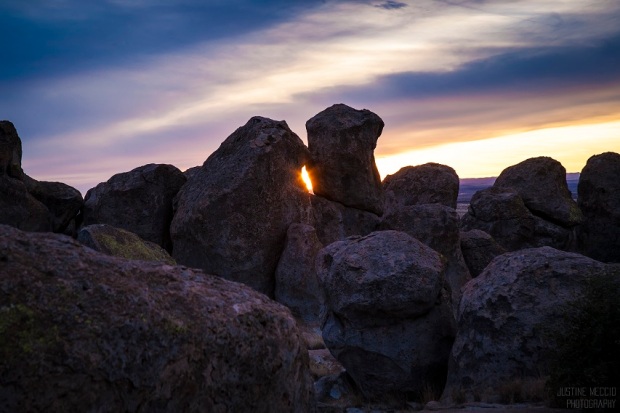 All in all, we stayed 12 nights in City of Rocks State Park . Eight of these nights we spent entirely off-grid, before the onset of a winter storm prompted us to move to a site with electric & water hook-ups for the remainder of our visit. We passed our days here intermittently hiking, climbing the rocks, and working on our computers. (There was a star-party scheduled during our stay that we were particularly excited for, but, alas, it was canceled due to poor weather. )

View from the trail 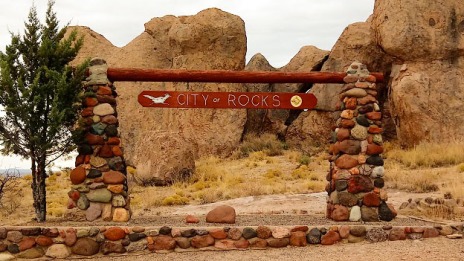 We also made time for a day trip into Silver City, NM. This town is home to a lot of Old West history and its main street is dotted with art galleries, boutiques, thrift stores, and restaurants. After walking around downtown, we stopped for lunch at the Little Toad Creek Brewery, where we ordered samples of their house brews as well as two KICK ASS sandwiches. (Seriously, the food was great.)

As we were nearing our stay-limit at City of Rocks, we decided to head further west into Arizona in search of sunshine and to see what the Sonoran Desert had to offer.

Read our Campsite Review on Campendium